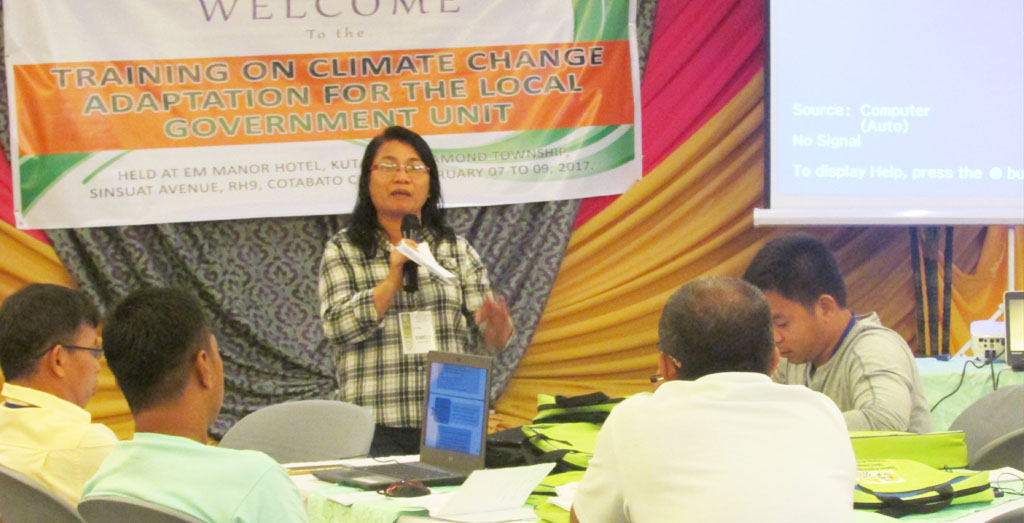 About Forty (40) representatives from ten (10) municipalities of Maguindanao and Lanao del Sur attended a Training on Climate Change Adaptation on February 6 – 9, 2017. The training was organized by MARADECA in cooperation with DAR-IARCDSP held at Cotabato City.

The training process and outputs enabled the various MDRRMO to share their experiences and interesting reflections, with various topics ranging from mobilizing resources, identifying and reaching the targeted beneficiaries and doing the relief operations from planning to monitoring. The training provided the avenues to understand the LGUs’ capacities, role and contribution in Climate Change adaptation for the various issues involved like:  potential, strengths, the gaps, limitations and difficulties. The training became a timely culminating avenue to network and compliment each participant’s role and contribution during natural and human made disasters. The lessons from the training forewarned the participants to take climate change seriously considering the ARMM formation and location which is surrounded by bodies of water and marshland areas. The training inspired the participants to take up the cudgel in climate change adaptation, disaster risk reduction and toward mainstreaming this into one’s existing mandate and concern that became an imperative which the LGU representatives strongly resolved to do.

The CCA/DRR training was an initial step to influence LGUs in prioritizing, institutionalizing and allocating sufficient funds for adaptation and risk reduction activities.