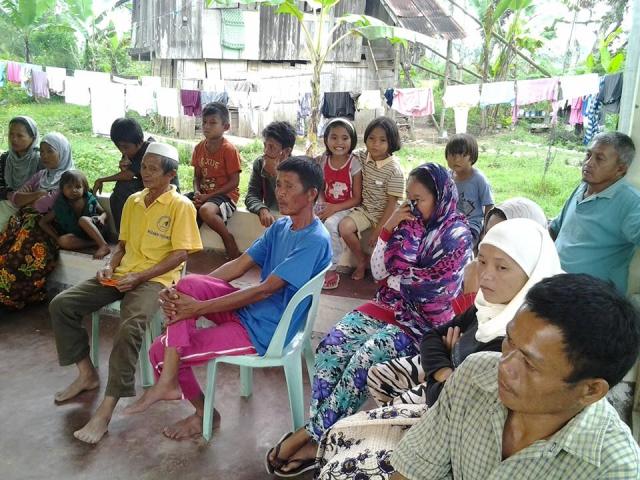 Participants to the awareness seminar  on the Framework Agreement on the Bangsamoro acknowledged the importance of the document to deepen the understanding of the Moro communities in what has developed so far in the Peace Process.

“I thanked the organization for providing us avenue for discussion to level up common understanding on the history and updates of Framework Agreement,” said Hadji Ansary H. Ali of Barangay Guimba.

“I hope that the younger fellows who have attended this seminar shall impart to their fellows the importance of the issue for they are the one who will more benefit from the peace agreement that our revolutionaries are fighting for many decades,” he said.

The awareness seminar was organized by the Peace Building Program of the Maranao People Development Center (MARADECA) Inc. in the five communities of Barangay Dimapatoy of Bubong town, in Barangay Sandab of Butig town, Barangay Linuk of Madalum town, Barangay Unda Dayawan of Masiu and Barangay Guimba of Marawi City.  A total of 143 participants participated in the seminar given on September 18,22,23,24, 2013 respectively.

The participants were members of Ompongan O MgaTaribasok Sa Ranao(OTR), Ompongan o mga Bae sa Ranao (OBAERA) and the Moro Youth for Peace and Development (MYPD) and the residents of the host barangays.

The seminar was conducted “as a means of advocating the peace in Mindanao, to disseminate information and latest update on the peace process”.

“The awareness of the said peace agreement is necessary for there are many misconceptions on the part of the community people. They have to understand the history of the Bangsamoro struggle for knowing the history of an occurrence will make the understanding much easier,” the MARADECA said.

Mohaima Dimangadap and Abdul Bassit Abolhossain facilitated all the activities in each area. They identified the natural resources in their area and their part in supporting the peace process. They discussed the “unwritten history of the Bangsamoro based on the story that they have known”.

Abdul Samad Paporo a resident of Barangay Dimapatoy of Bubong town said that “as a Bangsamoro they would try their efforts to disseminate the latest updates and to advocate to the community the importance of the said Peace Agreement”.