Building Peace in Mindanao with CRS 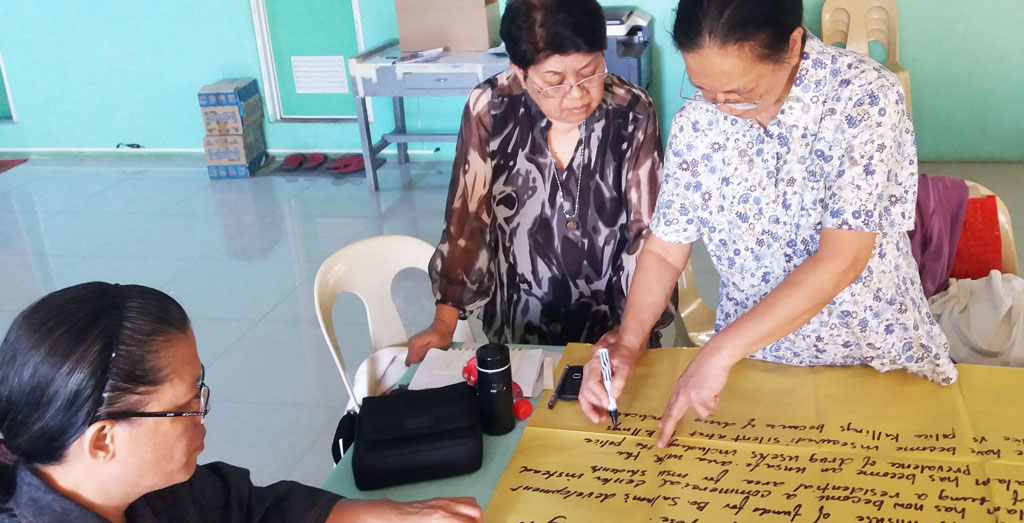 The project aims to improve the relationship between conflicting identity groups by employing a people-to-people approach.  One of its major activities for the month of April 2017 is the Training on Culture of Peace.

The COP training was participated by 22 traditional and religious leaders (7 Males and 15 Females) from Barangays Lomidong and Bubonga, Barrio Marawi, Barangay Biaba Damag and Moncado Colony in Marawi for both Muslim and Christian Identities. The activity was conducted at the MARADECA Session Hall in Marantao with the active participation of the participants and the skillful facilitation of Training Officer Norliah B. Deron.

The activity was conducted to familiarize the participants with the key concepts of the Culture of Peace, identify basic peaceful approaches, appreciate positive relationship portrayed with the local and Mindanao history, recognize the local government’s peace programs and structures and formulate community peace vision and actions. Different workshops were conducted for the participants to fully understand the objectives of the training.

Land dispute, with the Spaniards using the Christians from Luzon and Visayas to fight against the Moros of Mindanao was seen in thefilm including the list of traditional leaders who played a great role in protecting the land against the invaders as presented in the documentary film.

Later, The participants involved themselves in role playing in connection with the topic about Non Violent Communication (NVC). They were given issues to act out.

Attaining peace has never been easy, but we should not lose hope. As long as the people regardless of gender, religion, belief and custom are helping hand in hand to achieve their goals, then it is not impossible that time will come, Peace will be attained and development follows.   Sittie Naida Mesug