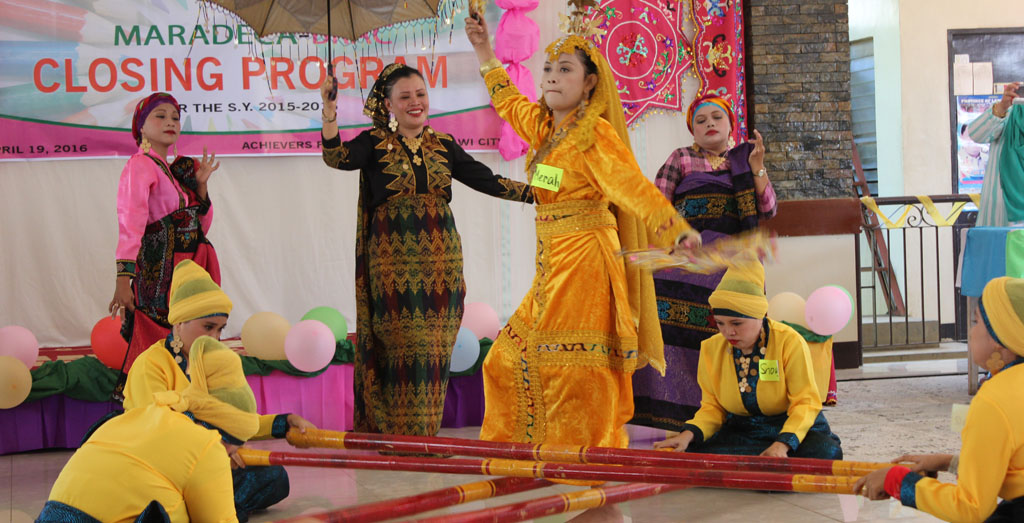 The MARADECA and BRAC-ADM Project held the Closing Program for the year 2015 – 2016 with the cooperation of the project coordinator and project organizer of Community Sustainable Development (CSD) Program. The event was conducted on the 19th of April 2016 at the Achievers Function Hall in Marawi City.  A total of 202 participants from various places composed of project coordinators, learning facilitators and project organizers attended the event.

The program was designed to showcase the learning facilitators’ aesthetic and physical performance and to celebrate their success on their teaching performance. Teachers brought out all their talents in terms of dancing, singing, and acting in many different ways. The event also showed how the teachers uphold school values, nurture and encourage the students’ performances, appreciate diversity, encourage understanding and respect people of diverse backgrounds.

Learning facilitators from municipalities like Bacolod Kalawi and Tugaya showed off by presenting a Manobo cultural dance, while the towns of Buadi Puso Buntong and Bubong made a performance of Silung sa Gandi tribal dance.  Butig and Masiu showcased the beauty of the Malung–Malung dance and the towns of Kapai and Tagoloan had an interpretative dance of the famous song of Freddie Aguilar which is the “Sa Mindanao”.

The Maguindanaon tribal dance and Maranao Singkil were performed by the facilitators and coordinators of Wao, Bumbaran, Pualas, Sultan Dumalondong, Tugaya and Marawi City. It was indeed a memorable event as everyone witnessed many kinds of performances. Some also performed Indian dances which were enjoyed by the audience. Everyone had fun during the event. Judges and guests awarded the First and 2nd places to the learning facilitators from Marawi City, while the 3rd place went to Poona Bayabao.  But the facilitators from Mulondo who amazed everyone in that event was awarded as the champion.

Tokens and certificates were given by the project organizers and coordinators. Ms. Marilyn Mai, the assistant provincial manager, stated “the learning facilitators have the talent to show and the ability to do multi-tasking. They’re not only a teacher but also role model to the community. The event has promoted solidarity and unity among the learning facilitators and celebrated their love to work in passion.”

Participants have expressed positive feedback regarding the event. Some said that it was an unforgettable moment because they did something that they never did before.