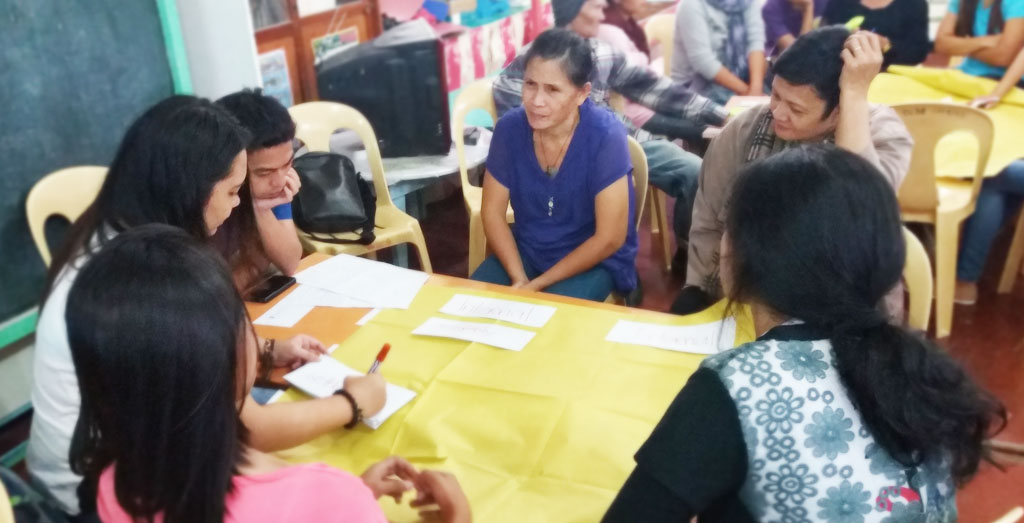 The Peace and Conflict Mapping Analysis activity for Muslim identity was conducted on March 15-16 2017 for a mixed sector such as women, youth, TRL and community members at the Maradeca session hall.

For the Christian identity which is also a mixed sector, the activity was conducted on March 18, 2017 at the MSU chapel in Marawi city. It was actively participated by (47)  participants consisting of fifteen (15) males and  (32) females from the selected four Barangays of Marawi City namely:  Barangay Lomidong, Bubonga Marawi, Biaba Damag, and Moncado Colony.

Each Barangay had four representatives from each Muslim identity and Christian identity group, respectively. The training was facilitated by Hanna M. Caunda Project Coordinator of Maradeca Inc. and Norliah B. Deron Training Officer. The main objective of the training was for the participants to be able to revisit the peace and conflict basic concepts and applications.  Each participant was expected to demonstrate the use of peace and conflict mapping analysis tools and able to have their planning  depending on the result of the PCM.

The result of the PCM shall be validated by the participants by identifying the issues that they should focus and include in their priorities as key leaders. The participants of both identity groups should recognize the importance of the said activity especially for those belonging to the Christian identity group because it becomes a venue to express their emotions and elaborate their experiences towards their community.

The activity called for the attention of the participants to be re-awakened and realize that there are so many issues in their community which could appear to be small issues but ones that could be elevated to higher issues if the responsible leader doesn’t have the action to resolve in an early stage.

The activity gave a hint to the participants on how to analyze the causes and effects of conflicts, how to identify the stakeholders and actors involved in the issues.