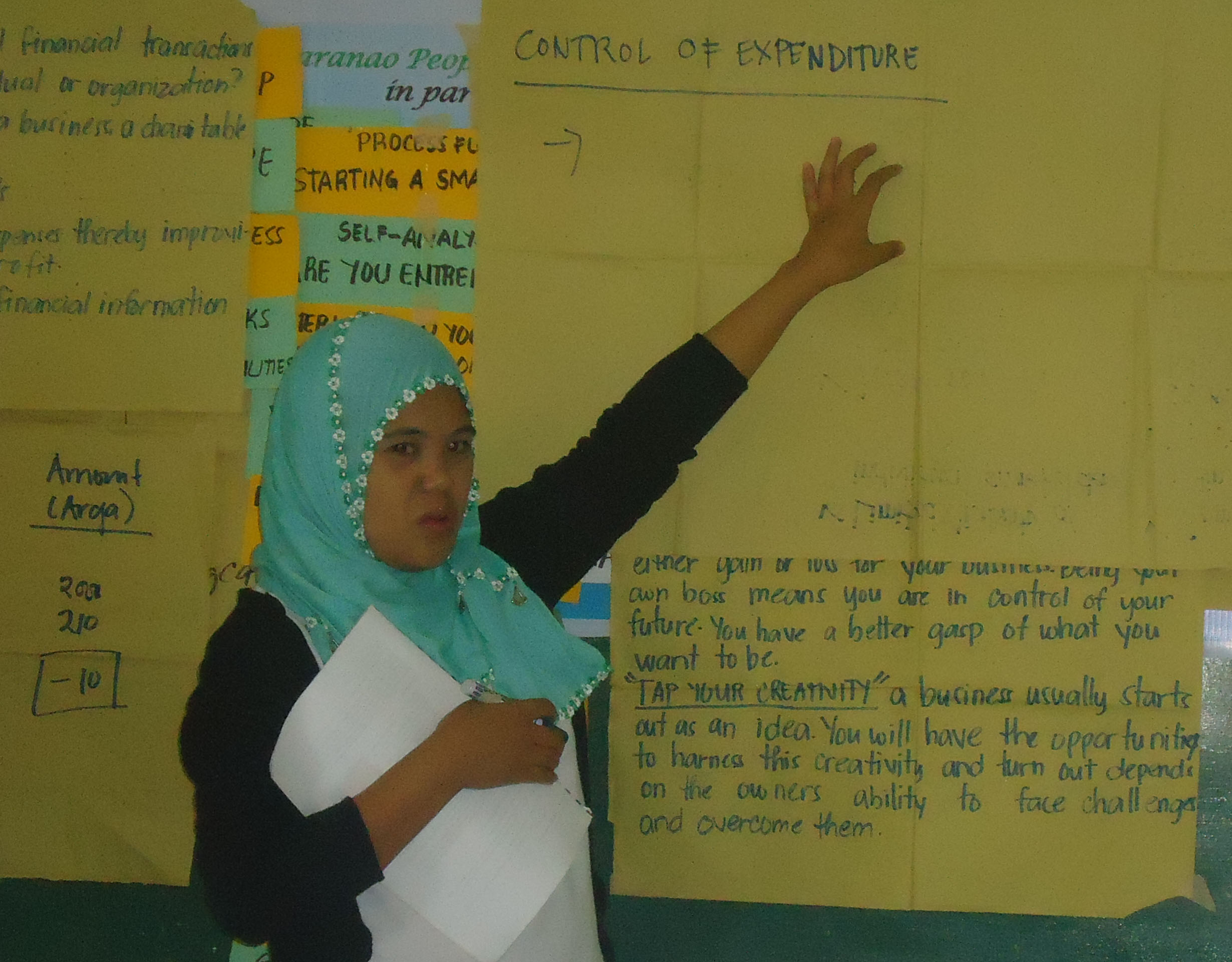 Maranao women and youth in six areas in Marawi City and Lanao del Sur have acquired new and important skills on financial management, following a

The seminar taught 102 women and 64 men working in different peace, livelihood and community organizing  groups spread in one city and six towns of Lanao del Sur.

The participants were taught “on understanding the concept of financial management, what, where, when and how are they going to manage the organizational as well as individual finances”, according to Maradeca, which organized the series of seminars for its partner organizations in the province.

In bookkeeping, the participants were introduced to topics “on what account are to be recorded, importance keeping records, the income and expenditures and process of recording”.

“This training aims to increase the understanding of those in the people’s organizations in financial management and simple bookkeeping,” the Maradeca added.

National and international aid agencies have cited these two skills as significant skills that were hardly shown in many grassroots organizations in many rural areas in the country.

The Maradeca gave the series of seminars on these topics to the three organizations of Ompongan o mga Bae sa Ranao, Ompongan o mga Taribasok sa Ranao and MARANAO Youth for Peace and Development in Barangay Cabasaran, Marawi City. This seminar was attended by 14 females and 12 males on Nov. 28-29,2013.

Another seminar was held in Barangay Dimapatoy, Bubong town of Lanao del Sur and this was attended by 14 females and 16 males on Nov. 21-22.

In Barangay Lumbac, Buadiposo Buntong, 13 females and 14 males participated on the December 6-7 seminar. while another batch of 17 female and 8 male attended the seminar in Barangay Guimba, Marawi City on December 4-5.

The Maradeca said the seminar and workshop were participative in approach “to ensure that the participants have actively understood the training”.

“Through this training, I am thankful that I have learned a lot especially the importance of recording and managing finances because I always encountered financial shortage,” one participant said.

“I also understand that in successful business financial management is very important,” she added.